Four generations with just one passion:  to produce unique wines.

“Our present is the past of others”.

“What we are today is deeply linked to who came before us”.

Fasoli Gino Winery is the story of a family that has deep roots in the area of Verona.

The story of the company begins with Amadio Fasoli, Gino’s father. The farm, at that time, produced both fruit and wine.

The first document of the farm is dated 1925. It dates back to that year the first sale of wine, destined to the parish priest of the village, but certainly the work of farmers had started earlier. The wine delivery at the best pubs in the area, happened through the transport of carboys with a horse-drawn cart. The hard work began even at three in the morning.

Fasoli Gino, Amadio’s son, that inherits the same passion for the vineyards of his father, expands the hectares of cultivation and increases the wine production quantities. He decides to give a name to the company, driven by a larger vision and the ambition to make known its wine around the Verona area. Since 1977 the company is called "Fasoli Gino Winery". The very first labels date back to the years '77 -'78.

Unfortunately, Gino, having worked for decades in contact with chemicals that were commonly used in the fields, had contracted a strong poisoning by pesticides. For this reason it became necessary to immediately make a radical change.

The third generation takes over the management of the company in 1979 when for Gino it becomes impossible to continue working in the fields because of the allergies that he had developed.

Since the eighties, Natalino and Amadio Fasoli, Gino’s sons, developed and practiced organic farming refusing to use chemical pesticides showing deep love for their land and for the health of the people who live in it.

“ To return to a system in harmony, you must now change the logic of profit: quality must take over quantity ”

The biodynamic method, used by the company, aims to increase the vitality of the plants, recovering the ancient knowledge of the farmers, who were working in harmony with the rhythms of nature.

In the year '85 -'86 Fasoli Gino produces the first organic wine.

In 2015 we had also the Vegan certification.

Aptitude to consumers: we are our first consumers and we sell only what we love to drink

SOIL TYPE: Limestone and sandy soils of medium density in vineyards located at an elevation of 100m.

HARVEST: Grapes are harvested by hand starting from the beginning of September to the middle of October.

WINEMAKING TECHNIQUE: Grapes are pressed softly and left to macerate for 10 - 15 hrs at 6-8°C. Fermentation happens in temperature controlled stainless steel tanks over a period of 15 days.

TASTING NOTES: Bright light yellow in colour, the bouquet is both floral and fruity and the wine leaves almost saline and fruity notes on the finish The aromas are floral and the taste is harmonious and full-bodied. The finish is medium to long with a light aftertaste of bitter almonds. The wine is well balanced between body and acidity and good freshness thanks to regular bottling.

FOOD & WINE MATCHING: This wine is excellent served as an aperitif as well as with fish based dishes, soups and fresh cheeses.

ABOUT BORGOLETTO: We produce more Borgoletto than any other wine in our range. It is a great easy drinking wine that expresses the character of our soil.

SHELF LIFE: Borgoletto is best enjoyed within 2-3 years of purchase.

HARVEST:  We harvest the grapes by hand in three different sessions. The first passage in the vineyards to pick fresh grapes ensures we keep some freshness in the wines. The second harvest takes places when the grapes are perfectly matured and the third harvest is left until the sugar and flavours are concentrated in the grapes.

TASTING NOTES:  Pieve Vecchia is a vibrant gold colour. Full-bodied on the palate, it is an explosion of fruity flavours with excellent acidity. Notes of almonds and pastries can be felt on the aftertaste.

ABOUT PIEVE VECCHIA:  Pieve Vecchia is one of our most important wines and has carved itself a good reputation on foreign markets for thanks to its strong character. This wine ha salso been awarded a number of awards as one of the most interesting expressions of the garganega grape.

SHELF LIFE:  Pieve Vecchia can be cellared for 7 - 10 years.

SOIL TYPE:  On the valleys sides of the Val d’Illasi where the soils are mainly limestone.

HARVEST:  Harvest begins in late September. We pass through the vineyards several times to ensure grapes are harvested only when they are mature. Only the best grapes will be pressed. A portion of the grapes are placed in crates to be dried for 15-20 days to increase the proportion of sugar and aromatic components whilst others are crushed a few hours after being picked.

WINE-MAKING TECHNIQUE:  The grapes that have been dried are fermented sepatarely from those that were pressed fresh. The fresh grapes are fermented in stainless steel vats whilst the dried ones are left to ferment in wooden barrels. Only after 10-12 months, and after having assessed the characteristics of the wines, do we decide how to blend the two. The wine is then bottles and left to mature for five to six months.

TASTING NOTES:  The Valpolicella is a vibrant ruby red colour. Initially, this wine gives off all its vitality and strength. After the first year of aging it starts maturing and the tannins and acidity combine with the flavours of ripe fruit. This enriches the wines with a final touch of softness. The bouquet is bursting with aromas of red fruit jam and fresh red fruits with hints of vanilla. On the palate, the wine is dry, smooth, well-bodied and balanced.

FOOD & WINE MATCHING:  This wine pairs well with pasta and rice dishes especially with sauces of game or mushrooms. It is also good served with grilled red meats and medium mature cheeses.

ABOUT VALPOLICELLA:  The Valpolicella is one of the most important wines traditionally made in our area and therefore represents something special for our family. The local grape varieties are beautiful, generous and allow us to create an exceptional wine. The vineyards are located in the stunning Illasi Valley that falls in both the Valpolicella and Soave appellations. This means that our winery can take two of Italy’s most important and most characteristic wines across the globe. Our Valpolicella is bottled under the “Corte del Pozzo” brand that expresses the importance of our relationahip with the local grape growers who would meet around the well on our property back in the 1900s. Today we work with the same families we collaborated with 30 years ago. With the Corte del Pozzo line we didicate a parte of our history to these people.

SHELF LIFE:  Valpolicella may be cellared for up to 5 years.

HARVEST:  Grapes are harvested by hand between the end of September and the beginning of October. Harvest takes 20 - 25 days.

TASTING NOTES:  The ruby red colour of this wine is both vibrant and intense. The elegant and striking aromas are of cherries preserved in alcohol with notes of fruits of the forest and light hints of vanilla. The wine is soft and velvety on the palate with flavours of red fruits. It has excellent body with a long finish.

ABOUT VALPOLICELLA RIPASSO:  We started making the Vallpolicella Ripasso over 20 years ago following the winemaking tradition of the area. Today the Ripasso is a well-loved wine, similar to an Amarone, it is enriched with dried grapes that give it robust structure and body. The Ripasso is an expression of our philosophy and the land we live in. It is a wine with power that has been harnessed by pleasant harmony. We bottle our Valpolicella Ripasso under the “Corte del Pozzo” brand that expresses the importance of our relationship with the local grape growers who would meet around the well on our property back in the 1900s. Today we work with the same families we collaborated with 30 years ago. With the Corte del Pozzo line we dedicate a parte of our history to these people.

AGING POTENTIAL:  Valpolicella Ripasso may be cellared for 5 to 7 years.

HARVEST:  We harvest the grapes by hand between the end of September and the beginning of October. Only the best grapes are chosen for Alteo. These are then left to dry in the fruit drying loft for more than 4 months before the winemaking process begins.

WINE-MAKING TECHNIQUE:  The grapes are fermented in stainless steel tanks. The wine is left to mature in barriques for up to three years. Once bottled, the wine is left to settle for another year before being released onto the market.

TASTING NOTES:  Alteo is a full-bodied, elegant wine with a warm, inviting bouquet of dried fruit, black pepper, coffee, liquorice and vanilla. On the palate it is soft, velvety, and substantial. The elegance, slight sweetness and volume are the surprising features of this wine. The finish is long with an aftertaste of liquorice.

ALCOHOL CONTENT:  17.5 % Vol. (varies according to the vintage).

ABOUT ALTEO:  Amarone is known across the globe as the wine of excellence from the Verona region. Since the 1990s, Alteo has been our flagship wine. Its elegance and power express our philosophy: to achieve a subtle balance between muscly structure and fine softness.

SHELF LIFE:  Alteo can be cellared for 10 - 15 years if kept away from sources of heat and light. 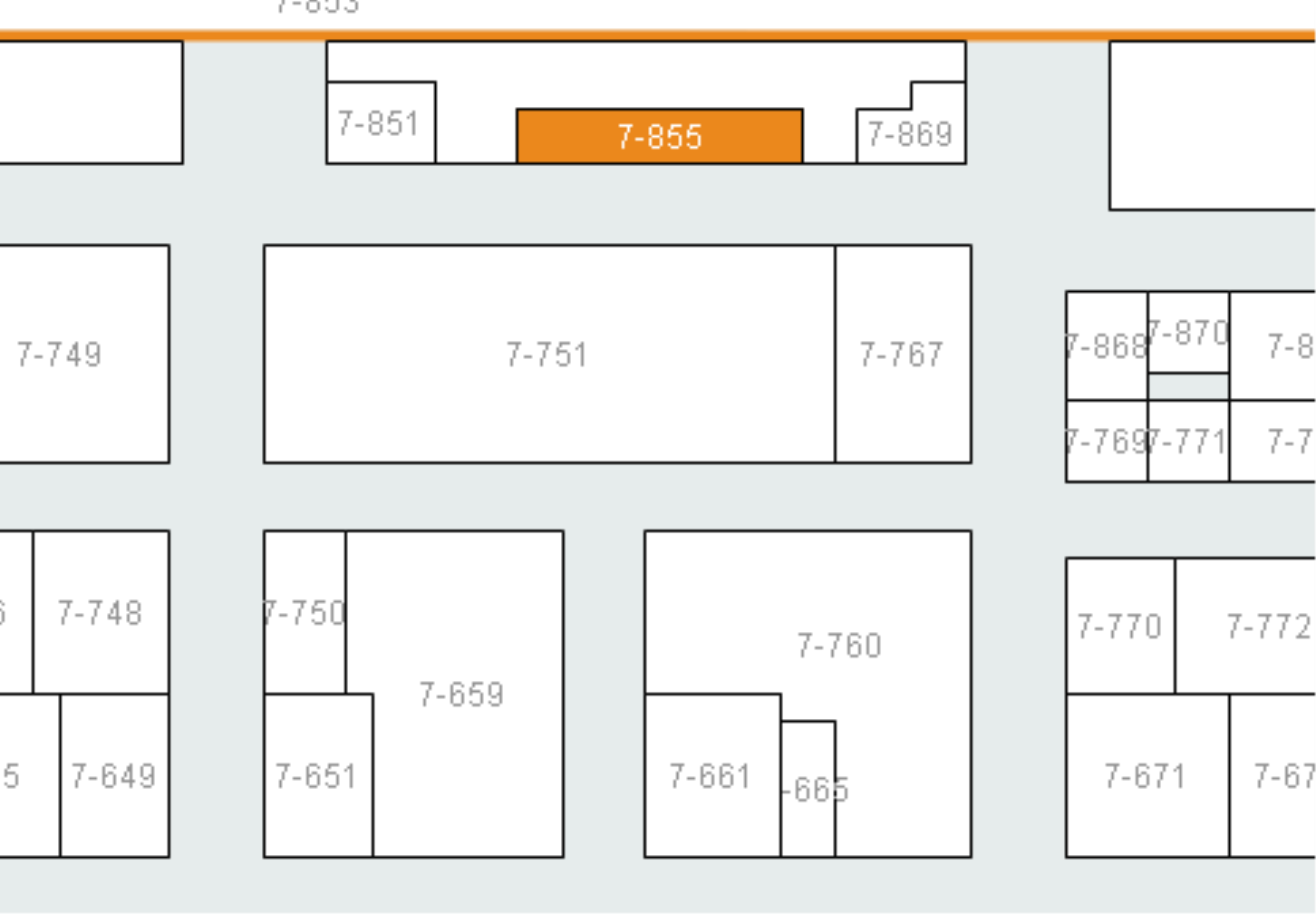 Fasoli Gino offers you products from these product groups: