Our company is committed to the preservation and production of ancient grains.

<< The paradox is that a gluten index which is non-digestible is said very good, while a digestible wheat is described with poor high gluten .Lindice gluten pastificazione speeds up the process, because the grain can be subjected to very high drying temperatures therefore it serves allindustria, but our gut does not recognize him and begins to produce free radicals that cause ills ranging from allergies to cancer. It is the usual profit speech at the expense of health, made on a food we eat every day >>.

The wheat and flour Timilia or Tumminia
Wheat Timilia, whose scientific name is Triticum durum Desf. var. akin Koern, it is a wheat with dark kernel that resists drought considered a hard wheat endangered despite its easy production, since last decades recently requested by supermarkets, has become a rare and valuable product.

Known in Sicily, but also in the rest of Italy with dialect names: tumminia, timminia, trimminia. The wheat Timilia was already cultivated in the greek period as the trimeniaios, Is an old variety of short-cycle durum wheat, the sowing period is March in the hilly areas (can be anticipated in January in maritime areas) for this reason it is also called grain marzuolo, was used in the subsequent springs to rainy autumns that there They allowed the growth of other types of grain outilizzato for ringrano and often as a crop improver, for the fields. It is a very resistant wheat to drought, suitable for cultivation in hot, dry country, for this reason took hold in the regions of Southern Italy and Sicily, but also in southern Europe (France, Spain and Portugal) and the countries of North Africa bordering the Mediterranean, during the first fifty years of the last century. It does not require large farming techniques and special care, for this it is also suitable for organic farming. In the 30's the Granicoltura station for Sicily has selected two varieties of named Timilia: Timilia SG 1 (a black beards) and Timilia SG2 (with white beards). Thanks to the tenacity of producers and local farmers the Timilia wheat, in recent years has regained a better standing in wheat production in Sicily, especially in the areas of Trapani and Palermo where the crops cover about 200 hectares and 100 hectares for ancient altrigrani.

The Russello
The Russello is one of the oldest varieties of wheat Sicilian mgliore and perhaps the quantity of gluten and aptitude for baking. By now rare, our company, it has re-introduced in culture for more than ten years taking care of the selection; in the black earth of 'hermitage this grain exceeds the 80 meter high and was much appreciated by farmers for the amount of straw produced.
Durum wheat varieties russello is an ancient variety of wheat once grew in Sicily, now spread limited in certain, limited areas of 'island. It is distinguished by the 'height of superiorer ear to the other grains, about 180 cm, and for a high protein content.
With regard to the baking, while presenting some rheological characteristics that, according to the official parameters would not be fully suitable for bread-making, which is used to produce bread with a hard paste, according to the traditionally used technique in the province of Ragusa, the results obtained are exceptional: both the organoleptic and on that vision.
It seems that the black bread of Castelvetrano, was originally obtained by suitably blending the variety Tumminia with the variety Russello but given the low production of latter ', has been replaced with other wheat varità.
Trivia: did you know that the hard wheat flour have a lower glycemic index than wheat, in fact, the vast size of the flour granules require a longer time for their degradation by digestive enzymes (amylase)
Mode d 'use: excellent for making sweet and savory baked goods and pasta. Given that the durum wheat flours are generally characterized by a rather high toughness (strength that one must employ to lengthen the 'dough), it is possible to reduce this characteristic by employing a more or less percentage (10-50%) of wheat flour , or using very cold water.
Mallorca
Characterized by its white color, it is a soft wheat, soft but strong. It can grow in marginal and arid areas, producing seeds with strong nutritional properties. And 'particularly suitable for making sweets, especially cookies, but it is also excellent as a raw material for bread and breadsticks.
The wheat Strazzavisazza
It 'hard wheat used to produce a paste of strong character, wild and natural. And 'the oldest grain of Sicily and is characterized by strong roots and amber grains. Its production is reduced
History: called "chosen race" in the 30's - 40's, it was widely used in the lands of Puglia and Basilicata. It is named in honor of Abruzzo Senator Raffaele Cappelli, a promoter in the early twentieth century agrarian reform that led to the distinction between hard and soft grains. It is a durum wheat, aristato (ie equipped with ariste, the filaments that are noticed in grasses), obtained by clonal selection in Foggia, in 1915 by Nazareno Strampelli. For decades it was the most widespread cultivation, up to the spread of more productive varieties.

Intolerance to gluten allergies and ...

The durum wheat Senatore Cappelli is free from any contamination by induced mutagenesis with x- and y-rays of the radioactive cobalt, unlike the variety of durum wheat GMO irradiated, today used in agriculture. It seems established the hypothesis, that the genetic modification of the variety of modern grains, is related to a modification of their protein, and in particular of a fraction, the gliadin, which is a basic protein, from which for peptic-tryptic digestion, you get a substance called fraction III Frazer, to which is due the inflammatory enteropathy, and then malabsorption (gluten intolerance and allergies). Because ... Senatore Cappelli Durum wheat Senatore Cappelli is an ancestor of the modern durum wheat. Thanks to the Company Bioland that reproduced the seed for years, starting at just 200 g, Germplasm recovered from Bari (sperm bank), it has been rediscovered and re-evaluated as a cereal of excellence, through the following features: the plant has a height of ca. 1.80 m (higher than that of common wheat) and contains higher percentages of lipids, amino acids, vitamins and minerals, as well as characteristics of high digestibility; sweet and delicious alternative is for the preparation of all products currently used conventional grain-based, has never undergone alterations of genetic manipulation techniques of modern agriculture, that sacrifice flavor and traditional content for high performance.
Bidi or Margherito
The bidi or Margherito is a grain that produces 50 percent less than modern varieties - 20 quintals per hectare instead of 40 or 50 - with a very low gluten index and for this digestible.

Cece Sultan
History: The chickpea is one of the grain legumes oldest and most widely used in the Middle and
Far East. Archaeological finds, at Hacilar in Turkey, the semen samples
likely represent forms of wild Cicer were traced back to over 5,000
years BC. Cultivation tests dating back to the Bronze Age have been found in Iraq in the next few millennia. The chickpea is grown in all countries of the Mediterranean.

Uses: the seeds in the fresh state are used as those of the pea or in its stead, or can be eaten raw. The dried seeds can be used in a plurality of ways: as such, as cotyledons dehulled, such as flour, after they have been peeled, to prepare different dishes, germinated to treat vitamin deficiencies, since the content of Vitamin C is twice that in the seeds dormant. Except for methionine and tryptophan chickpea is a 'good source of amino acids whose efficacy appears to increase with the addition of minerals and vitamins

Characters Botanic Biology: chickpea belongs to the family Leguminosae (or Papilionaceae). It is an annual herbaceous plant with semi-erect posture type, sometimes erect or prostato. It has straight stems or lithe, angular, long 20 to 25 cm.

Needs and environmental adaptation: the biological cycle can last from 4 to 6 months depending on the time of sowing

Cultivation: is a renewal culture, improver as legume, therefore capable of fixing atmospheric nitrogen. This results in a culture which does not bear the close return (not less than 3 years, otherwise there is a risk of the spread of fungal diseases and orobanche). You have to prepare, in August-September, the terrain with a medium deep plowing (25-35 cm). 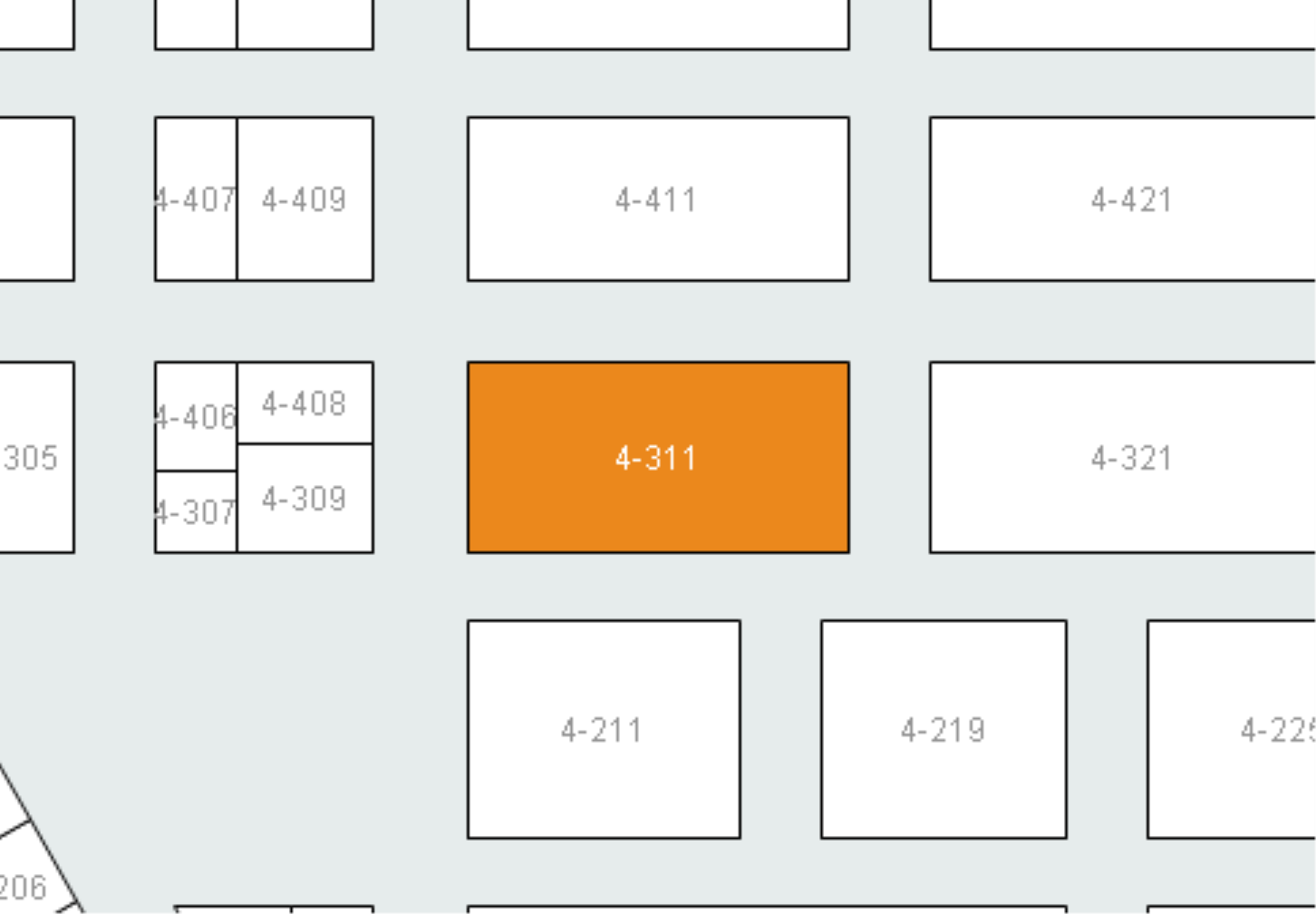