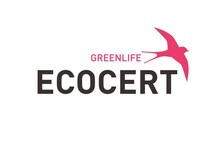 Since 1984 he is involved in organic farming. First in France as coordinator of the French Organic Farmer Federation (FNAB), then as Member of the French Organic Advisors As-sociation (ACAB). Later on, as Farmer on a Biodynamic Farm in Germany.
Founding Member of ECOCERT in 1991. Actually, he is  Vice President of ECOCERT SA in charge of international and Institutional Relations, Member of the Strategic Committee ECOCERT SA
He was Member of professional Bodies like IOIA (International Organic Inspector Associa-tion),,Board Member of EOCC (European Organic Certifiers Council till April 2018, President from February 2009 to April 2015). Member of the Advisory Committee of the German Organization „Welthungerhilfe“ (German Agro Action) and founding Member of the Think Tank BIOVALEURS and since 2018 Board Member of IFOAM EU
My organization ECOCERT is member of IFOAM France and IFOAM EU and IFOAM International.